Graffiti Mimosa introduces its news and current events section entitled “Street Life” and the Street Life series entitled “InSight” providing an open perspective and clarity on the history and/or historic relationships between a diversity of cultures. In today’s Street Life | InSight segment, we will briefly introduce Roger David Casement and his involvement with the Putumayo Indians of Peru on this day, March 17th.

It was a beautiful crisp morning, the runners were out at the NYC Half Marathon making their marks today for personal goals, to raise money for a charity, running for the survivors of Hurricane Sandy or simply for the love of running (shout out to #TeamRunNYC, I know everyone rocked it today!!). Whatever reason it was perfect running weather and a beautiful day to celebrate the experience and accomplishments of making it to the finish line. It’s also a beautiful day for Angelina’s Birthday (FELIZ CUMPELANOS MI HERMANA!!!!!!) and cheering ERIN GO BRAGH! throughout the streets (okay the bars too), gotta spread the Irish love.

With that being said, GM would like to share with you a little something about an Irishman and his investigation on a British registered Peruvian Amazon Company that was controlled by Julio Caesar Arana and Julio’s brother. An interesting “FYI or Did You Know?” fact that happened only 102 years ago today.

In the early 1900s — 1909 to be exact — there was an article in TRUTH magazine about the abuses against the Putumayo people. This article lead to public outrage in Britain. I’m not sure if the outrage was for the injustice against the Indigenous people of the Amazon but the uproar did lead Roger D. Casement to eventually go to Peru in 1910 then going back in 1911 to investigate further and report back to the British Foreign Secretary of the slavery and murders against the Putumayo Indians that was on a genocidal level lead by Julio Caesar. 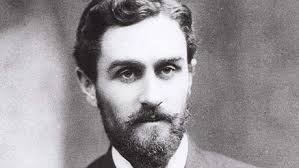 Irish nationalist, activist, patriot and poet Roger David Casement. He was honored with a Knighthood by King George V in 1911, Sir Roger Casement

Read below the snippet about the report written by Roger David Casement to the British Foreign Secretary on March 17, 1911.

On This Day: In 1911 a historic report submitted by Irish investigator Roger Casement found that over 30,000 Amazon indigenous people were enslaved, tortured, raped and starved in just 12 years during the rubber boom. Casement was sent by the British government to investigate crimes committed by British-registered rubber giant, the Peruvian Amazon Company. He found, “The crimes charged against many men now in the employ of the Peruvian Amazon Company are of the most atrocious kind, including murder, violation, and constant flogging.” Agents of the company rounded up dozens of indigenous tribes in the western Amazon to collect wild rubber for the European and American markets. In a few short decades many of the tribes were completely wiped out.

*via The United Confederation of Tainos | source: Indigenous Peoples Issues and Resources

From what is understood about Roger David Casement. He was born in Dublin, after losing his parents at a young age he was an orphan raised by his paternal relatives. Upon his return from South America, he began to organize a Anti-Slavery Society that would mission interventions in the region. In 1922, Casement was once knighted by King George V but later stripped of his Knighthood based on his personal lifestyle. He was considered a traitor which lead to his death by execution. Evidently it is best to remember him a world-class humanitarian who spent a great deal of his life for his activities and reports against human rights and horrific atrocities  that was happening to Africans in the Congo and the Indigenous people of South America. Also a man who is often remembered for  his involvement in the Easter Rising of 1916.

Graffiti Mimosa has interest to read further about the Indigenous people of South America and about a man who sounds like he was an Irish revolutionary would was not afraid to fight for the rights of not only his people but also for Africans and Indigenous people. Of course any knowledge or historic facts learned will definitely be shared with our readers.

Thank you for taking the time to visit. It’s always a pleasure to share a piece of history that will connect readers which will give clarity and compassion for one another.

Again, HAPPY BIRTHDAY ANGELINA!!!!!, to all the NYC HALF MARATHON RUNNERS you guys ROCKED! and HAPPY ST. PADDY’S DAY to everyone!